This logo can be widely used as a symbol of the 27th anniversary of state independence of Tajikistan. 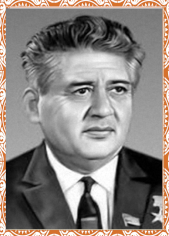